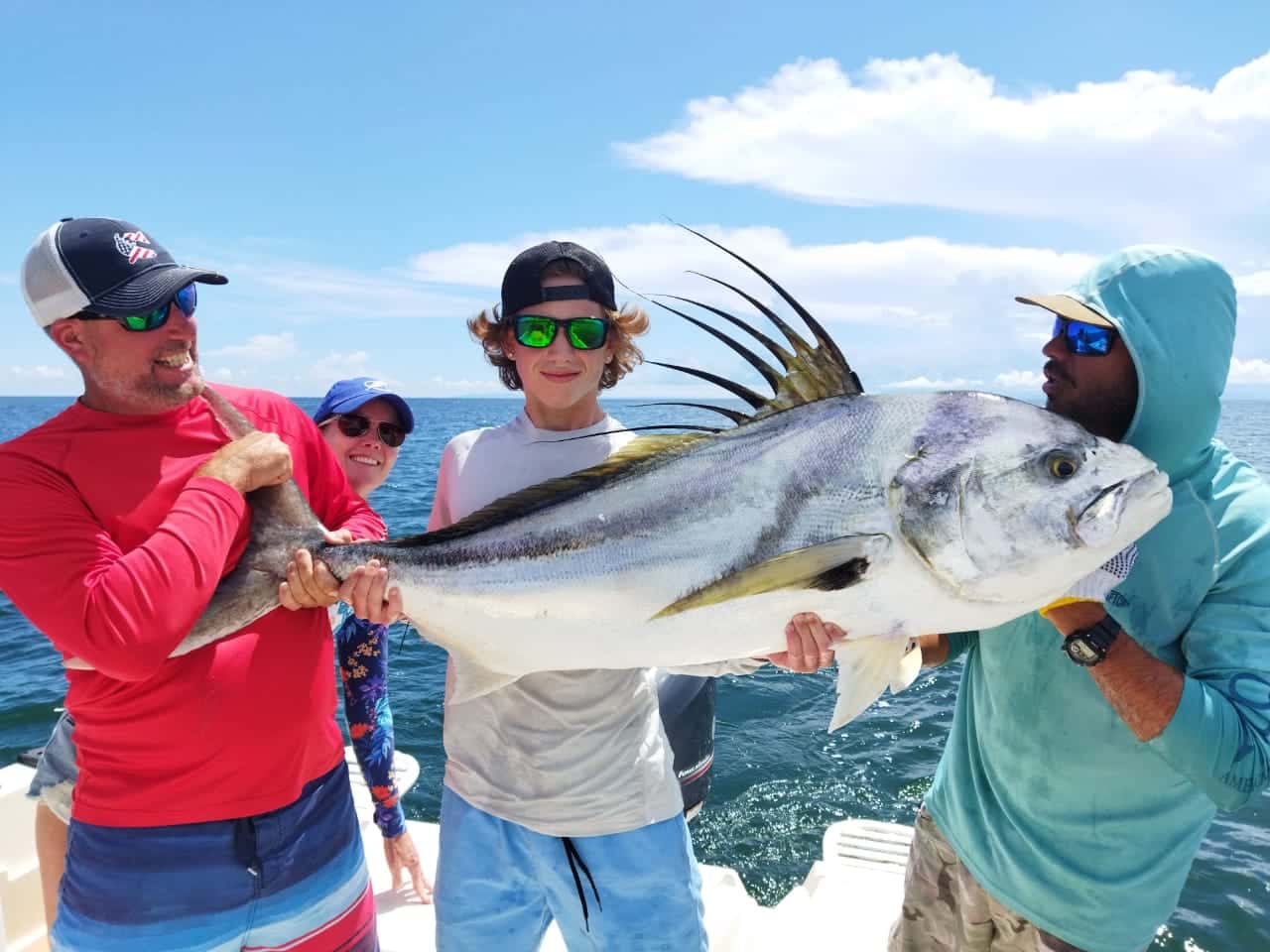 One of the most wanted fish to catch worldwide. The rooster is one of the most sought-after predators for fishing enthusiasts and the most coveted catch in Costa Rica, as it is famous for its fighting ability of this species. It is one of the strongest fish in the sea and obtaining a specimen to catch is a challenge for even the most skilled fishermen.

They average 20-50 pounds. And it can run as big as 100 pounds or more. They are trapped in Costa Rica throughout the year, and never disappoint the fishermen with their power and unique beauty. Connecting with one of these monsters is amazing as to bends his rod with brute force and tries to pull down to the bottom of the ocean with them.

A cousin of the cat, rockfish are found mainly on the coast near the piles of rock, but can also be found near the mouths of rivers and near the waves. more about rooter fish Here I have never found it better than here at the southern end of Costa Rica to rooster fishing place. Roosters, or “cocks” in Spanish, are mostly caught with the mule of live bait or blue runners and can be caught on the fly. The Gulf of Dulce Bay is loaded with blue sardines and runners, the best bait for roosters. We had a lot of customers after a large one and each time went home with big smiles. 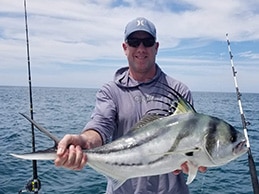 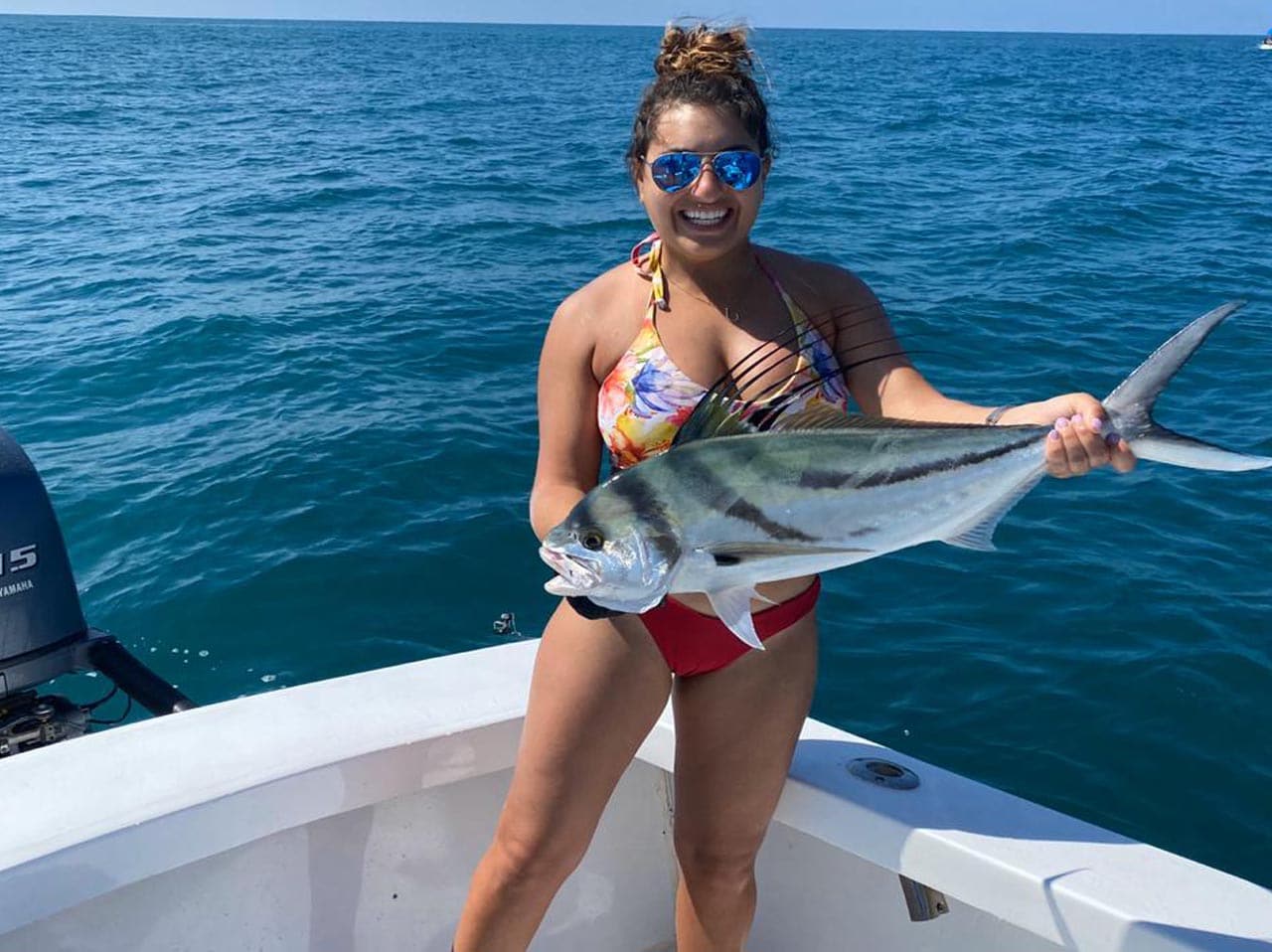 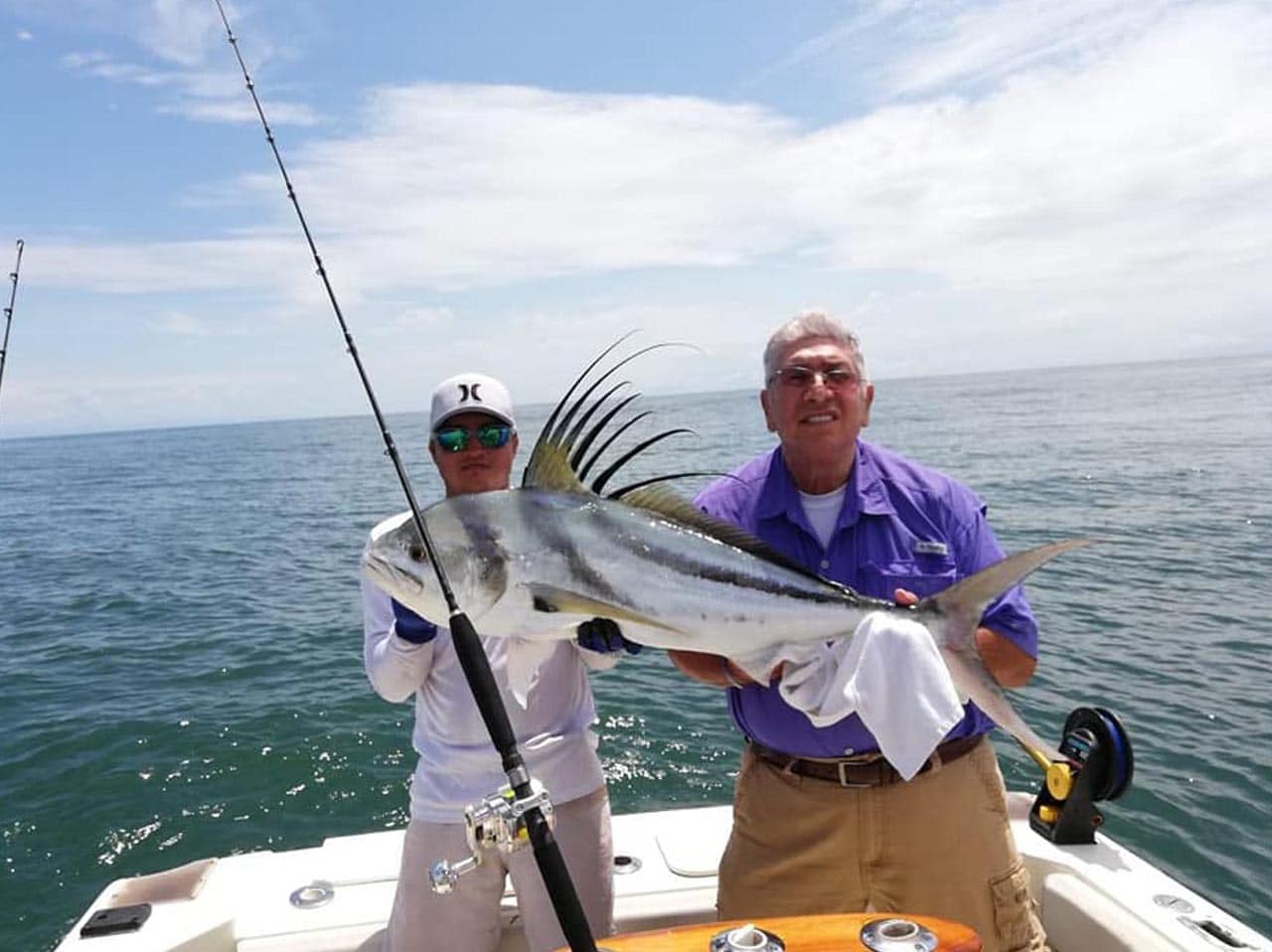 Important factors to catch a rooster

When feeding roosters, due to their speed of movement, they can be used to hunt a wide variety of species of different sizes.

A curious fact, but it can be important: if the rooster cannot find enough food and cannot satisfy its hunger, it can resort to cannibalism. In addition to the captured prey, you can supplement your diet with specimens of the same species. Another factor to consider is the rooster’s persistence in following its prey until it manages to catch and devour them.

As for reproduction, the rooster mates in summer, approximately from the beginning of July to the end of September. On the other hand, the spawning season takes place between August and November or, also, from February to April. It will depend on when the mating was performed. They generally lay eggs in the coastal areas. 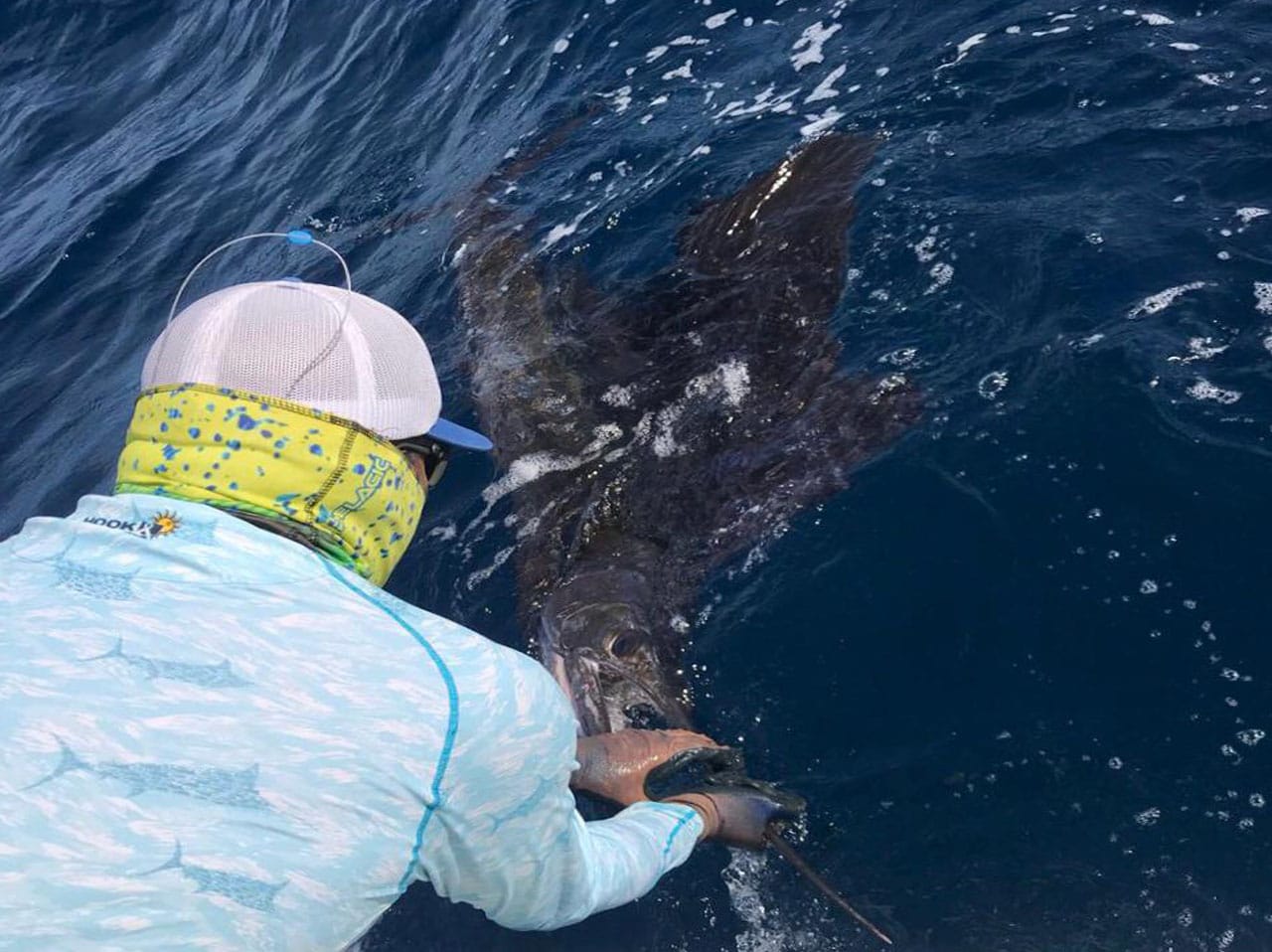 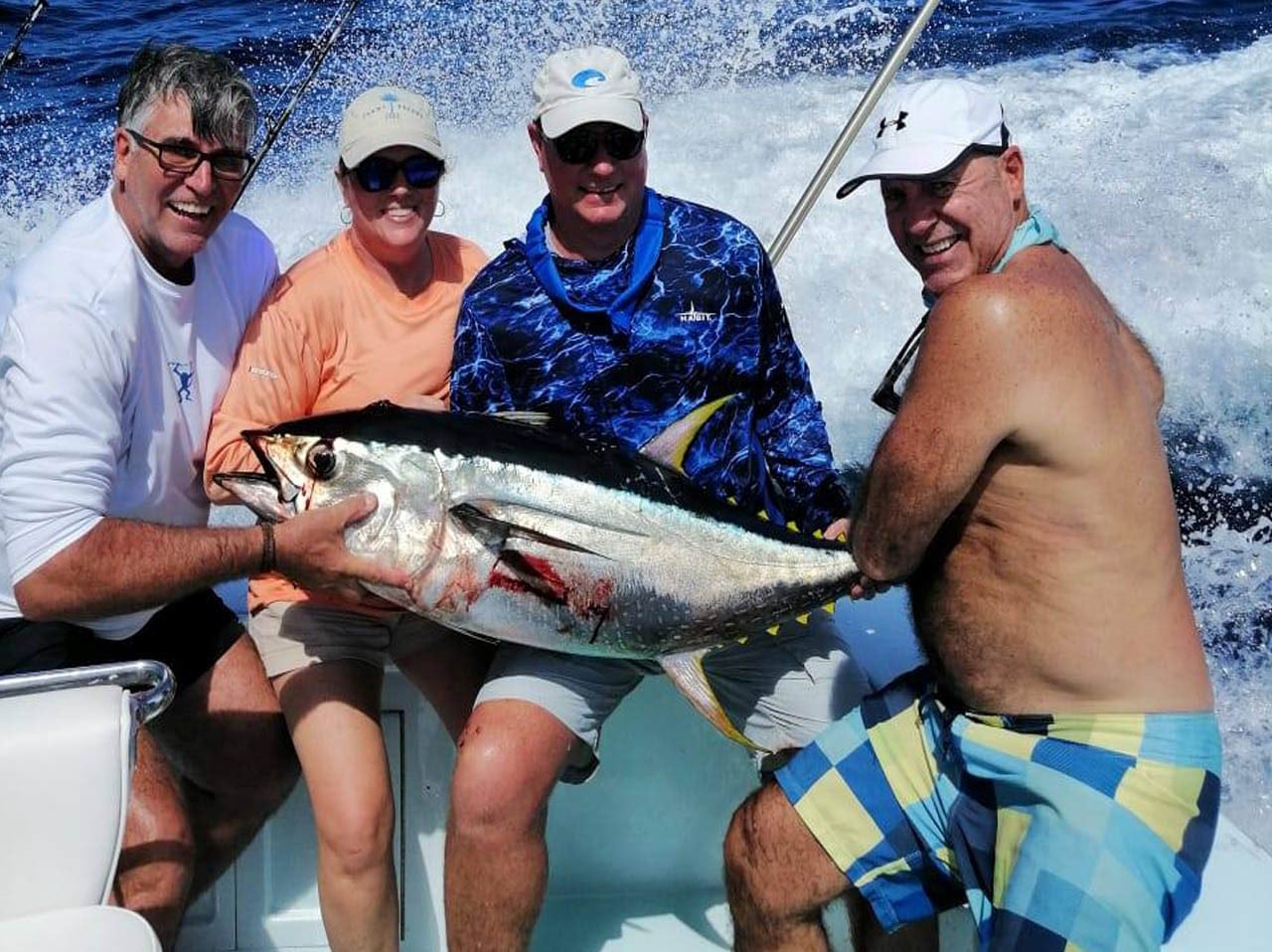 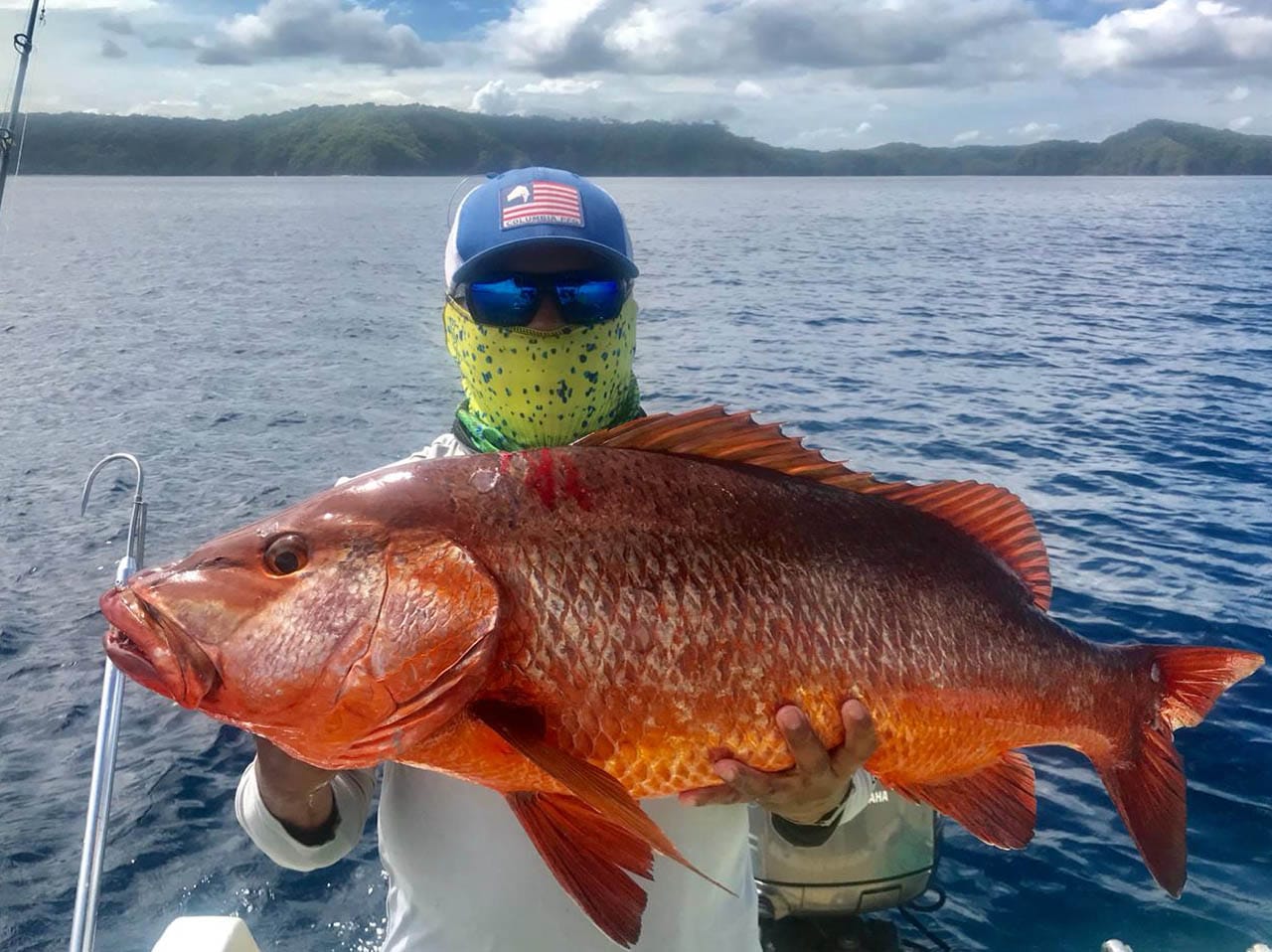 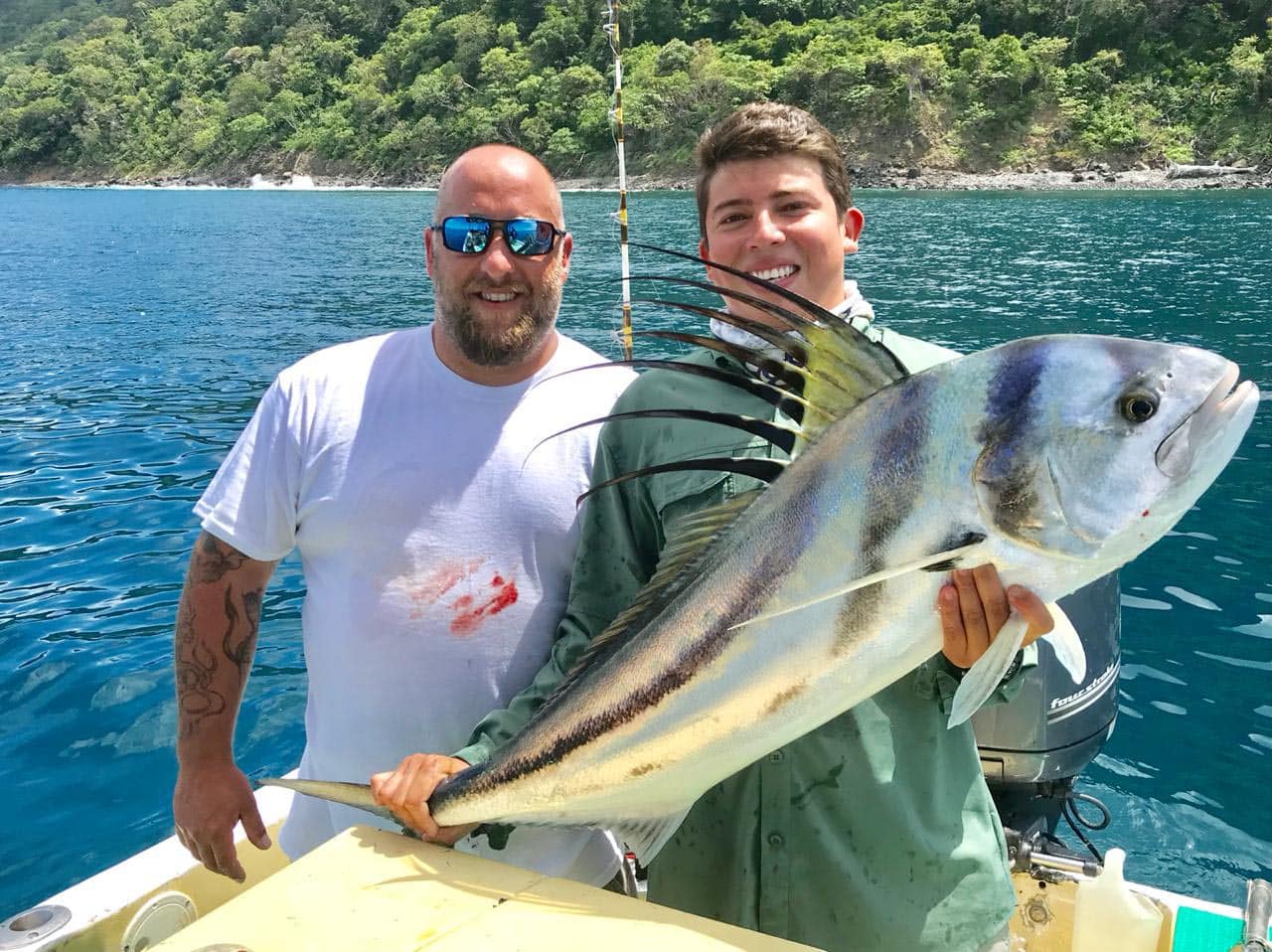 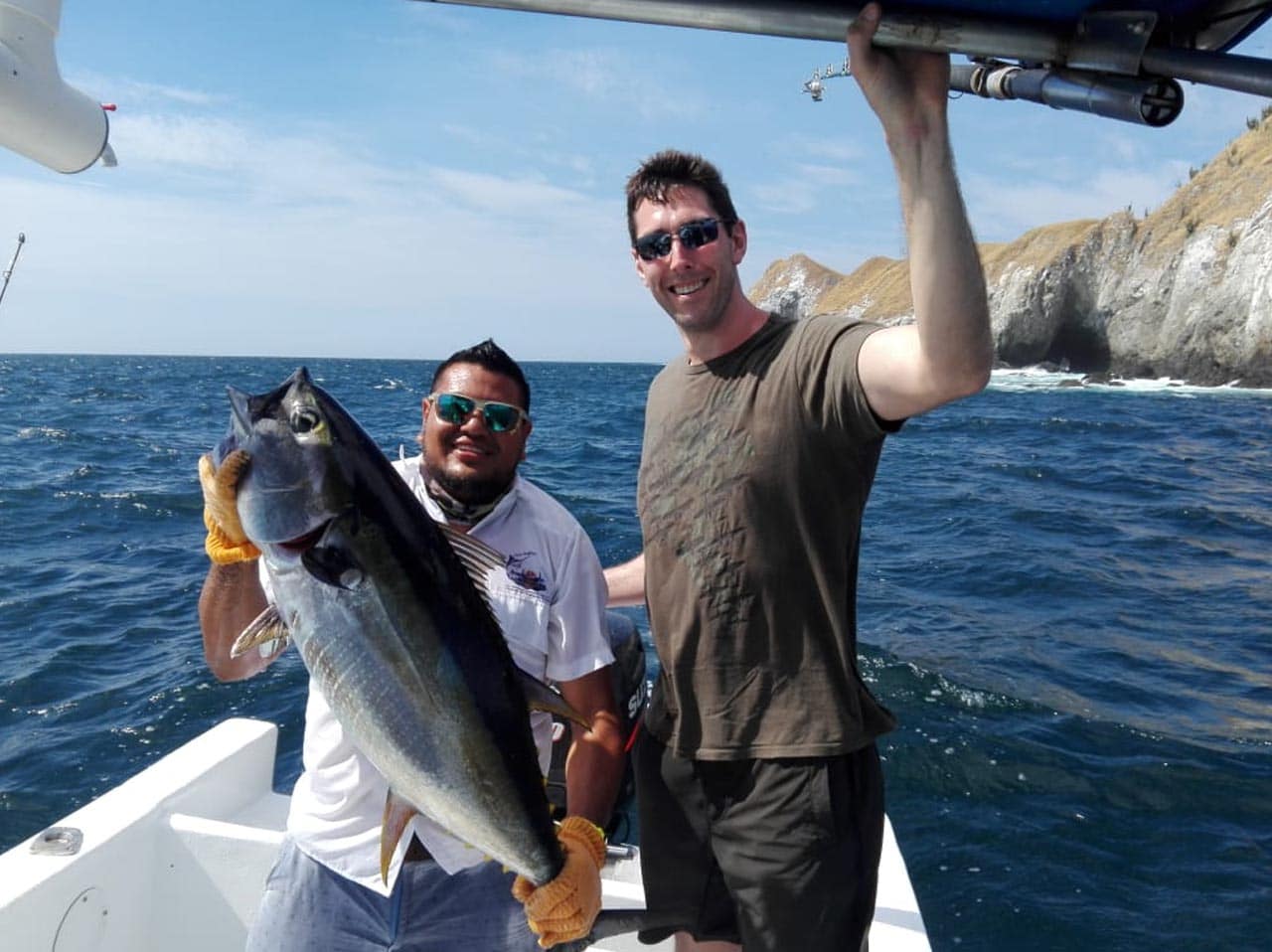 …is absolutely necessary if you want to consistently do well on big roosterfish. Be it what it may, each type of bait has its own way to be fished and fish in different locations will have a preference for different bait depending on where they are located.

…will buy more hits in some locations than in others and depending on the feeding that is going on. If you happen to witness a feeding frenzy where the fish are crashing baits all over the surface and can get a cast into it, your lure will most likely be attacked. If you don’t have the right scenario, casting until your arm wants to fall off can still prove futile.

…for roosterfish is as challenging as any fishing you’ll do. While you will catch the occasional roosterfish while ‘blind casting’ into a surf break or the wash of a wave on a rock, to consistently catch quality roosterfish on the fly, you need to dedicate yourself to the same bait and switch technique that is used for billfish.