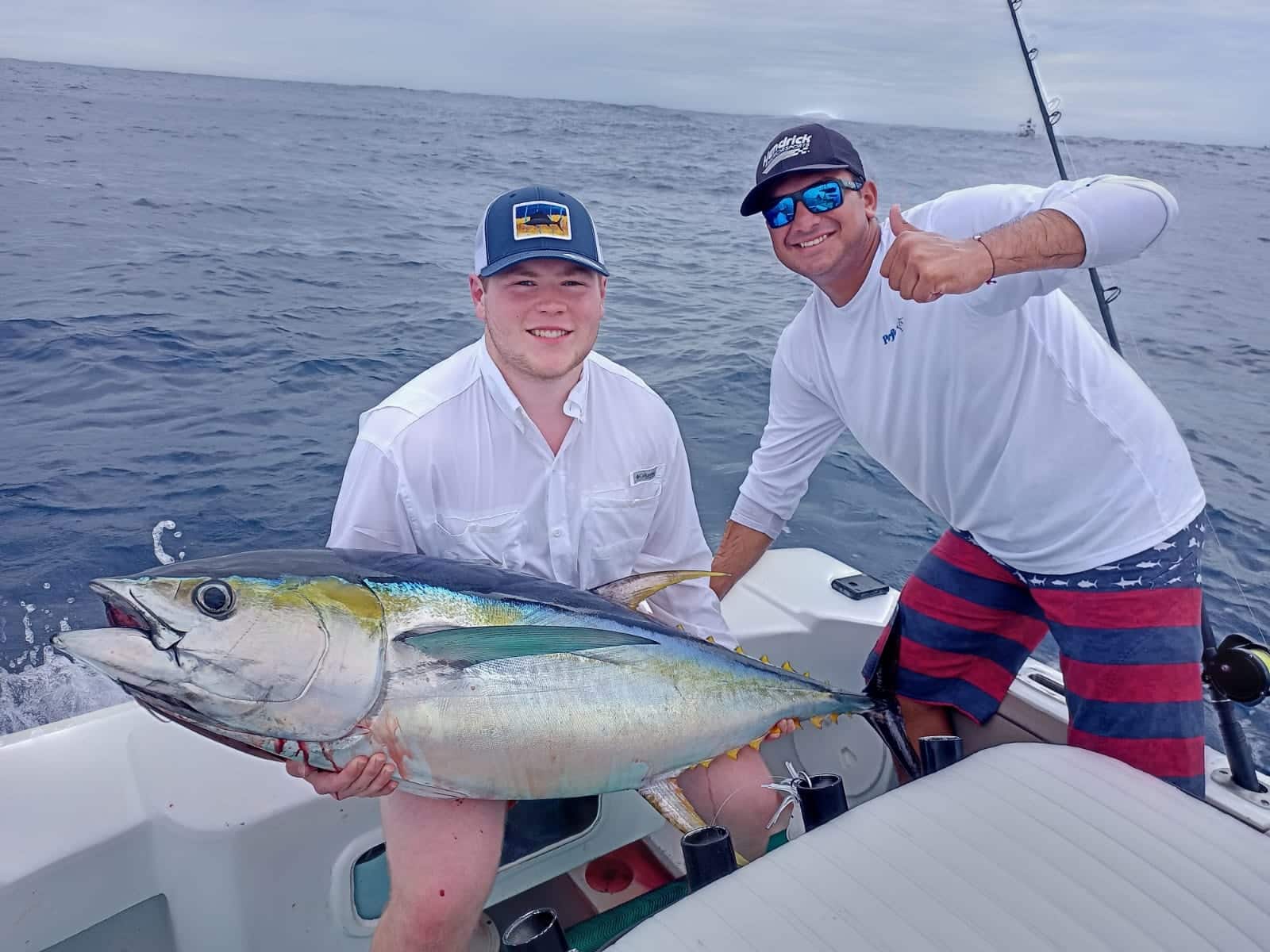 let’s catch some fish, your Costa Rica Vacation is awaiting you!

Yellowfin tuna is the main species of tuna and is undoubtedly the largest in Costa Rica. These 100 to 300-pound fish test your back, legs, the whole. The world record for tuna was over 400 pounds, but it was generally found that most of the tuna are more petite and travel in large schools. They see porpoises and have usually found the tuna.

Great tuna pool with dolphins and feed the same bait. In addition, as the smallest school for tuna bait, you will find the right needle and sailing training with them. read more here Many times hang a small tuna and throw it out, waiting for the big needle to attack.

Enjoy the fight on the lighter gear with the tuna, and be prepared for a wild race against the marlin. In Costa Rica, tuna is found throughout the year, with the best months for yellowfin, from June to September. The best areas for tuna are Quepos and Los Sueños, but they are also located up and down the Pacific coast. 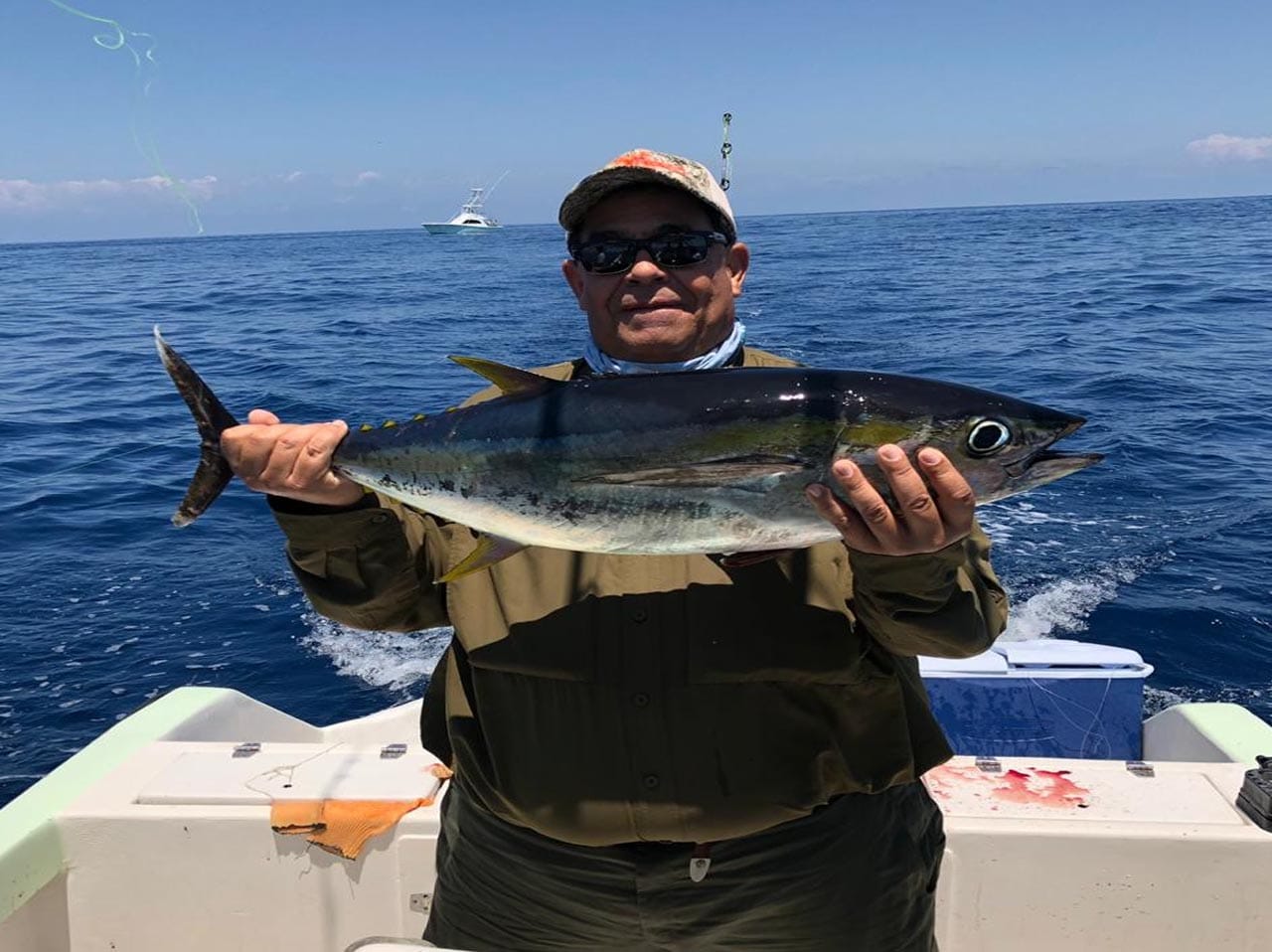 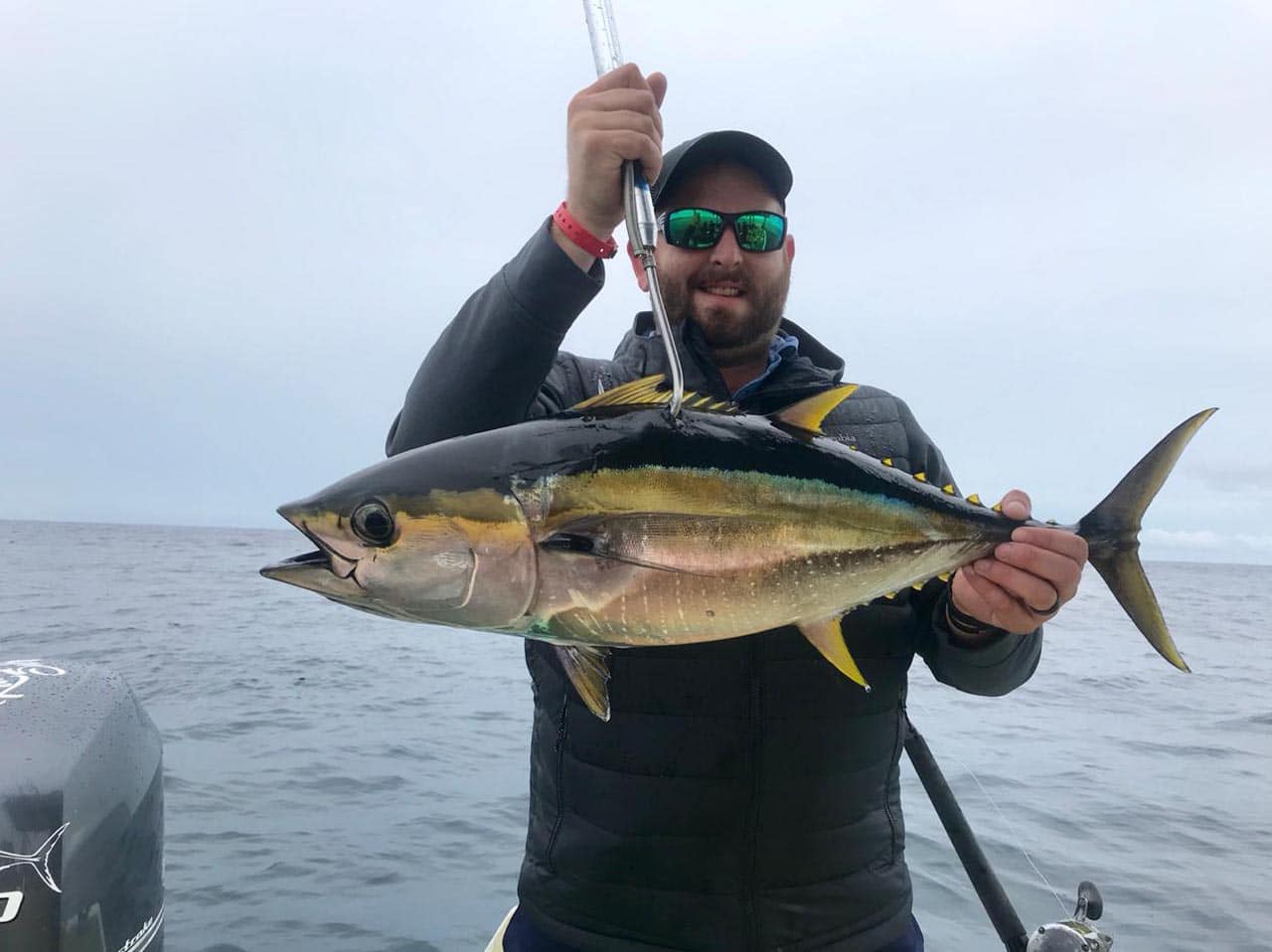 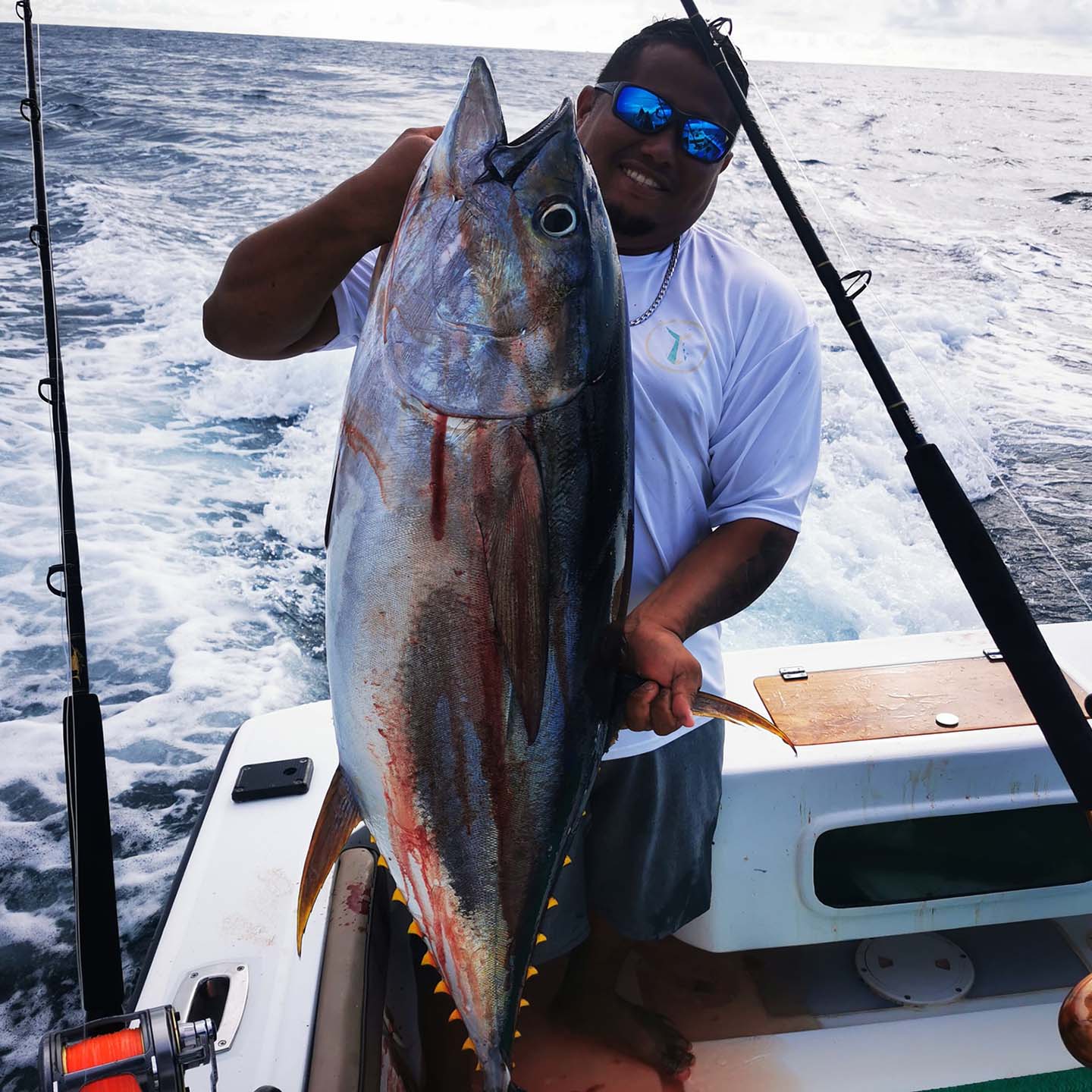 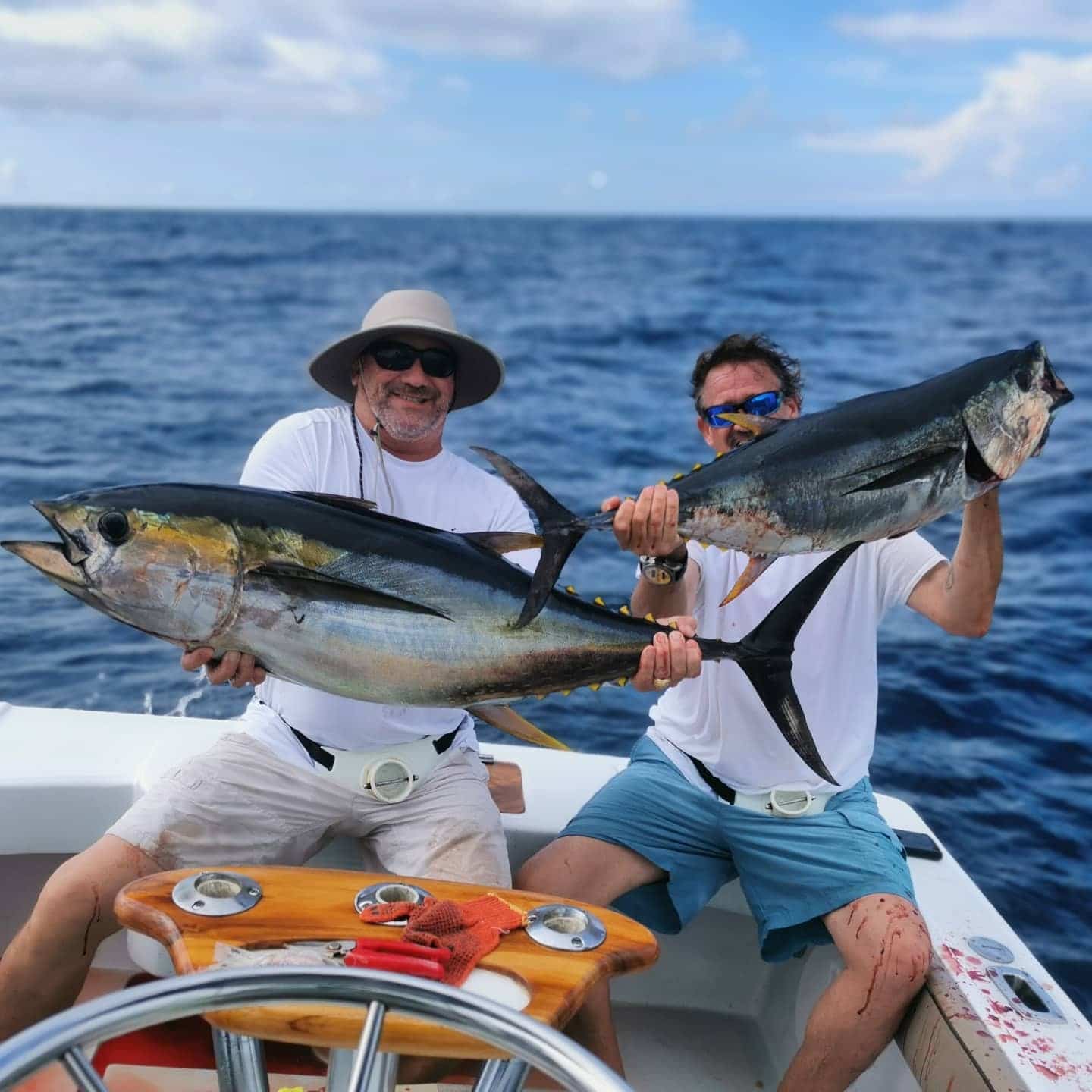 As golden, Yellowfins also provide a great fight and after being taken can serve an incredible dinner while watching the sunset in Costa Rica. With the opportunity to catch yellowfin tuna, dorado, sailfish, and marlin all on the same trip, they do not want to come fishing in Costa Rica

For many fishing enthusiastic catching tuna is a must in they’re Costa Rica Vacation the reason for that is there preference on Fish, as you well know tuna is delicacy

How to catch Yellow Fin Tuna

We all know that fishing is base on luck and experience but they are things that you can try to expant your change of catching fish, some of people like having live bait, live bait is not only use for Roosterfish or Marlin, Tuna do like live sardin though normally it will have some extra cost for the client to have it on the boat but many for many is an extra ace up the sleeve

Fishing with teaser and Lures

For tuna or other species, a teaser is a lure or selection of lures that are dragged through the water without or with hooks to imitate a panicked fish or bait school which in turn attracts, provokes and stimulates a fish to trigger an aggressive bite, they are many diferents stiles of lures use with the purpuse of catching tuna and aswell as diferent techines to use theme, so book your Yellow Fin Tuna with us and let our experts give you tips on this fishing experience